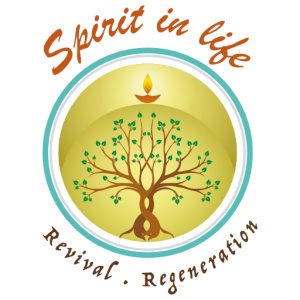 Introduction
Dear readers, we continue on the same subject from the last article and shall discuss one point in great detail regarding the excessive time-period that is undertaken by any soul to manifest its divinity.
The last post was straight forward and could be grasped very easily since it also advised the blog followers to do some physical and mental exercises to enhance their spiritual progress. That was simple to do. The latter half of this topic is not the same. It is intensive, detailed and asks us to exert ourselves in order to assimilate all that is being revealed through this spectacular post. Part A is a narration of my experience that recently occurred during my tour in Sri Lanka which will take us to Part B in order to arrive at a precept, a philosophy and a teaching of Bhagwad Gita. It is a long post and you are suggested to kindly run through it a few times. Some of you may find this post extra ordinary and thought provoking and will enliven you while others might like to spend a few days mulling over and spend quiet times in the holy company of God presiding inside because of a sense of awe and admiration for it……

Dear readers, we were discussing the reason why does it take the human soul to manifest so exceedingly late before the description of the exclusive experience was narrated. Why does it take so, so long to manifest our soul?
One of the main reasons what Shri Mahavatar Babaji explained to me was that we human beings are drowned in our ignorance and do not have the realizations of the eternal Truths. We do not know that there is God’s presence on this Earth, around us and even inside us. We do not surrender to that all pervading Force and we go on doing endless, erring karmas which are detrimental and harmful to us. If we once understand that our life is sacred, temporarily given by God to only manifest that divinity in us, we shall be blessed.
There is a certain order, a definite mechanism governed by God which we are unable to see because of the dark covering of our weaknesses of evil thoughts, greed, immorality, falsehood, lust, anger and many other human shortcomings and flaws. The aim of pursuing spirituality should be living each day and each moment surrendering to the sweet will of God, the Supreme. If we are not driven by our weaknesses, we can slowly bit by bit uncover the pure, joyous incredible soul in us. Living with the brightness and beauty of our soul shall remove all our miseries, illness, misfortunes, ill luck, unhappiness and mental depression. Divine Will or the initiative of God is not known to humans and we begin to live by our own ideas and egocentric habits.
Today lack of morality, no faith in God and greed to consume has forced the humanity to come to a point of no return and create a sick society.
The entire world worships Lord Krishna in various glorious forms of life roles that he had donned when he was alive. Krishna means Universal Spirit. But who meditates with Krishna’s Presence inside to get AtmaSakshatkar?
So learn to meditate to stop the disturbed, agitated and avaricious mind to anchor to the divine presence in you. The Divine is present in us but we cannot access it because we are already preoccupied with incessant senseless direction of our life because of desires, egocentric activities and engrossed in worthless possessions. You will know God’s will if you meditate with pious intentions with a sincere and earnest mind. Bring yourself more closer to God in times of God communication and say your prayers with all your love and devotion.

Resigning all your duties to Me, the all powerful and all pervading Lord, take refuge in Me alone. I shall absolve you of all sins, worry not.

Want to join the discussion?
Feel free to contribute!

None of the materials provided on this web site may be used, reproduced or transmitted, in whole or in part, in any form or by any means, electronic or mechanical, including photocopying, recording or the use of any information storage and retrieval system, without permission in writing from the publisher.

This site uses cookies. By continuing to browse the site, you are agreeing to our use of cookies.

We may request cookies to be set on your device. We use cookies to let us know when you visit our websites, how you interact with us, to enrich your user experience, and to customize your relationship with our website.

Click on the different category headings to find out more. You can also change some of your preferences. Note that blocking some types of cookies may impact your experience on our websites and the services we are able to offer.

These cookies are strictly necessary to provide you with services available through our website and to use some of its features.

Because these cookies are strictly necessary to deliver the website, you cannot refuse them without impacting how our site functions. You can block or delete them by changing your browser settings and force blocking all cookies on this website.

We also use different external services like Google Webfonts, Google Maps and external Video providers. Since these providers may collect personal data like your IP address we allow you to block them here. Please be aware that this might heavily reduce the functionality and appearance of our site. Changes will take effect once you reload the page.